I have these moments. I used to freeze when they happened. One of my daughters (they are now aged 18, 16, 14, and 11) would say something and I would realize that they think something - something that I don’t.

The first time this happened, I was shocked. How did that idea get in there? Now it happens pretty often, and I don’t freeze too much. The truth is that I often find these times really enjoyable.

As parents, we want to protect our little ones. We teach them what to eat, what they should not put into electrical sockets, and, yes, what to think. I used to joke that I had a list of about 1,000 things that I wanted my daughters to believe. As time passes, I still hope that they believe some crucial things. This number of ideas has decreased to something like five or ten principles. Your sons and my daughters are (eventually) beyond our command.

Also, I have resigned myself to the fact that I am not going to be able to teach them everything that they need to know. They are going to have to learn a lot of important stuff on their own. Because of this, we need to put a premium on how to think.

Here are a few family habits that you can establish to encourage your children to learn how to think: 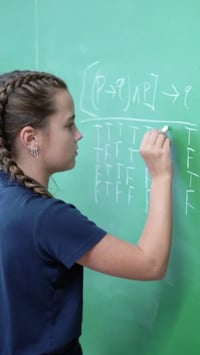 Habit 1: Be an Example of Continual Learning and Thinking

I have a picture of my daughters on my phone screen. It is a beautiful picture. Recently, someone said, “Wow. Their mom must be beautiful.” (She is.) I think that they were poking fun at me, but there was a point: children will eventually be like their parents…even when they try not to.

This principle is not just about physical appearance; it carries over into their habits of thought. As a parent, you can be an example to them of thinking critically. Practice this by talking and examining with your spouse and children over things that happen in your family, in your community, and in our culture. Be careful to consider age appropriateness, but if you have children in high school, you need to be discussing politics, gender and sexuality, money, and relationships. If you aren’t, know that the culture is. Let them see that you think deeply. Don’t just tell them what to think.

This might lead to both uncomfortable and blessed moments. Give them permission to challenge your thinking. Of course, we want them to be respectful, but even if it is messy, it is better to have them thinking, asking questions, and challenging ideas than having them be compliant but mentally careless.

This can be tough—particularly if you have younger children because it can confuse them to see an older brother or sister “talk back” to you. Often, when our kids were younger, we let the younger ones leave the table before we talked about serious matters. This gives older children time to speak their mind. Also, it points out the importance of valuing time to eat together. The dinner table should not be an idol, but it should be a priority because that is often where thinking and debate happen.

When your children are small, work with them to learn basic things by memory. In Christianity, there is a pattern of teaching scripture memory or catechizing children and new believers. Catechizing is just teaching people a series of questions and answers that help new Christians understand the basic facts about the faith. Now, with kids, this can lead to hilarious stories. Once, we had a young child recite the Lord’s Prayer to our Minister using these words: 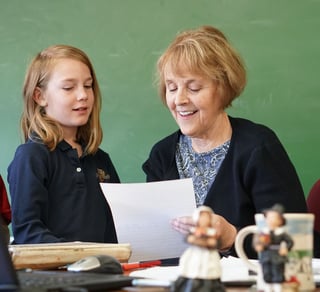 Our Father, who art in Heaven,
Hallowed be MY name,
MY kingdom come,
MY will be done on earth as it is in Heaven…

Memorization is about teaching children WHAT to think and that is great for young kids (just remember to make sure that they get their "MYs" and "THYs" straight!). Too often, however, parents just keep catechizing children as they get older. It sounds something like this:

Parent (to child): So what do think about capital punishment?
Child: I think it should be banned.
Parent: No, we believe that people who commit murder should be put to death.
Child: Oh, OK.

Don’t do this. Your job, as a parent trying to encourage your child to think, is not to shut down conversation by giving your child the right answer (or the one you believe), but instead encourage them to engage the question by asking them why they believe what they believe. That conversation is much more profitable and actually helps parent and child build a deeper relationship. As your child grows into their adolescent and teen years, that conversation might look more like this:

Parent (to child): So what do think about capital punishment?
Child: I think it should be banned.
Parent: Why do you think it should be banned?
Child: I don’t think that the legal system gives enough protection to poor people charged with murder, so I'm worried that we might be putting innocent people to death. Until we can be sure that we're not killing the innocent then I don't think we're wise enough to use this punishment.

That conversation is headed in a great direction. Many other questions can and should ensue. It will help a parent and older child to think about why they believe what they believe and it will cause them to think. It will also give the parent an insight into how their child thinks.

The media, books, movies, and television bombard us with ideas. Parents should, of course, limit and curate the time and content spent in all these areas (for themselves and their children). Too often parents fall into the cave-like echo chambers vying for control in our culture. Parents want their children to join them in these monolithic thought patterns. None of this leads to critical thinking. Our opponents can teach us to think, but only if we will listen to them, take their arguments seriously, and answer them respectfully (because even the most reckless opponent bears the image of God). 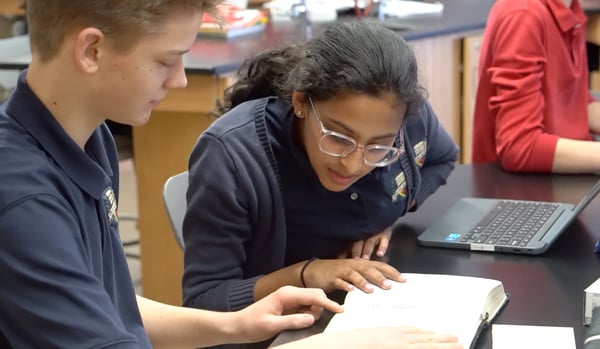 Make sure that your child has a media diet that is not monochromatic (again, especially as they get older and move beyond those formative early elementary years). If you have adequately helped develop a strong foundation of their faith and beliefs when they are young, then it's time to trust them to put that faith to work.

They should have friends that don’t think exactly like them. They should read books that challenge their thinking. They should listen to podcasts and music that stretch their minds and tastes. They should hear people advocating ideas that are hostile to what your family holds dear. I am advocating this not because I want them to abandon what you hold dear, but instead I want them to be challenged to think so that they can hold true to what is true, good, and beautiful.

We might like to think of our children as precious china to be carefully wrapped and placed on a high shelf, away from the possibility of being chipped or cracked. God, however, placed them and us in a world of collisions and contention. We cannot keep them safe by wrapping them up and putting them far from conflict. We must teach them to think. In the end, the ability to think—to think clearly and critically about ideas—is a herald of their ability to cling to what is good with conviction and courage.

See what makes an education at Veritas Academy different and how the classical education helps to teach students how to think critically about the world and ideas around them and articulate their thoughts with wisdom, care, and skill.

Schedule a School Tour Below:

If this concept of helping children think critically and take joy in learning excites you, then you will enjoy this lecture presented by Dr. Carl Trueman, renowned theologian, historian, and former Paul Woolley Chair of Church History at Westminster Theological Seminary. Access his enthralling lecture by clicking here or the button below! 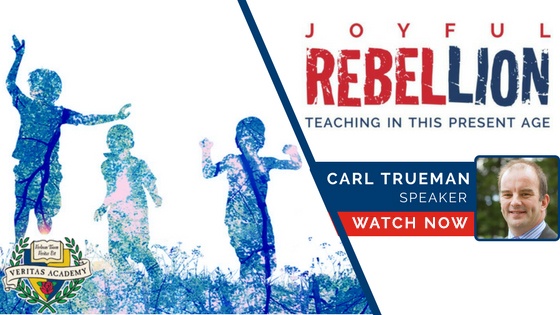