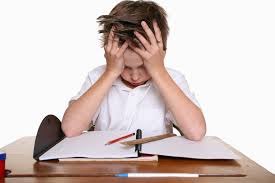 One of the things that is particularly difficult for parents--maybe more difficult in our day than in the past--is helping our children deal with failure. When our children don't get the grade, honor, part in the play or on the team that they desire, it can be a challenge for them--and for us as parents.

In our day, way too often parents end up trying to push their children so that they will never fail, keep their children from failing, or fight to change the outcome when they fail. We all want our children to be happy, but as parents we have an incredible opportunity to love our children, care for them, and help them to grow toward maturity and accomplishment when they fail. Here are a few things to keep in mind when you are helping a child deal with failure:

Finally, a parent might ask: "But what should I do if my child is dealing with real injustice! Shouldn't I fight for them then?" You should...or maybe you should not. The older a child gets the more you should encourage them and teach them to make a respectful appeal to an authority. The child should do this--not you. When the child is young or when he has made his appeal and been rejected, you might then need to wade in as a parent. I say might because, if the issue is small, you should probably just let it go and use it as an opportunity to teach them how to learn from disagreements with authorities. If you must step in, do so in a way that shows respect for the teacher, coach, or authority. Talk with them privately and don't let the child know about your work. Come to the conversation with an open mind. Often, children think that injustice has happened when really something else was at work. Protect authority structures whenever you can. (As a parent, you want them to protect you!) Finally, remember that getting the child the part they want, or the grade they want when they have not earned it, is one of the most harmful things that you can do.

Love them enough to let them fail!