Veritas Academy is proud to be a tradition-affirming school.

Traditions like standing when an adult enters the room. Dressing in uniforms. Reading the tried-and-true classics.

Often, traditions can be considered archaic. We look at them with a wary eye, always weighing how or when they should be tossed out, or, at the very least, given a facelift.

Other times, a tradition can be the very thing that gives spark and life to an otherwise lackluster occasion. They are anticipated with fondness and excitement because of the memories that brim over the years of honoring such customs, and the nostalgic feelings that wash over us at the very thought of the sights, sounds, and scents associated with them. It is these such traditions that Veritas also excels in establishing.

One of our favorite traditions at Veritas is the Annual Shrove Tuesday House Competition and Pancake Race. What began years ago as a simple relay race and breakfast has evolved into 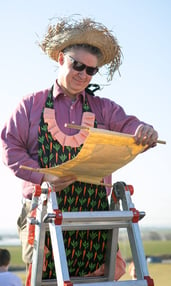 a full blown costume extravaganza and fun-filled morning that students and staff alike look forward to and plan for weeks in advance!

Shrove Tuesday - also known as Fat Tuesday, Mardi Gras, or the PA Dutch favorite Fastnacht Day - is observed the day before Ash Wednesday (which marks the beginning of Lent). Marked as a time when people were to empty their households of fats and treats, over time this day of purging has become a day of splurging (case in point: New Orleans' Mardi Gras and latino Carnival festivals). Our splurging at Veritas comes with far less hedonism and a healthy dose of good clean fun.

The tradition of a Sh 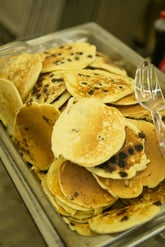 rove Tuesday (from the old english word "shrive" meaning the absolution of sins through confession and penance) Pancake Race was said to have originated in the British town of Olney somewhere around the year 1455. In the U.K., pancakes have long been the traditional food consumed on this day, as they are not only an efficient and tasty way to use up rich foods like eggs, milk, and sugar before Lent, but they are also said to represent the four pillars of the Christian faith—eggs for creation, flour for sustenance, salt for wholesomeness and milk for purity. 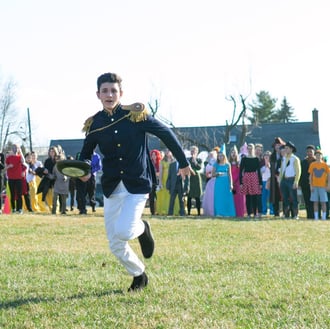 Legend has it that the first race happened when a woman heard the church bells ringing for service as she was cooking her pancakes, and she dashed out of the house in such a rush that he still carried her frying pan, flipping the pancake to ensure it didn't burn. Today, the town of Olney and many others throughout England continue to celebrate Shrove Tuesday with pancake races.

The Annual Veritas Academy Shrove Tuesday Pancake Race pits our secondary school houses (read more about them here) against one another. 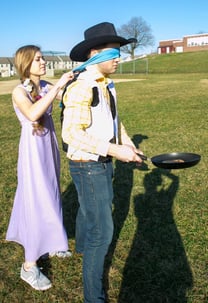 Students and faculty bolt across our school yard in a relay, each runner clutching a frying pan with a pancake that must be flipped three times during their leg. We even add a blindfolded round for good measure! The winning house receives the coveted golden Aunt Jemima Pancake Race trophy, signed by past victors and displayed in the house's homeroom for the whole year to come!

But perhaps even more anticipated than the race itself is the costume competition that precedes it. No one is qutie sure how it began - or even how it seemed to take on a life of its own - but each year the themes and costumes conjured up by our houses outdo the one before. This year's winner, receiving the ever-stylish signature ruffled carrot apron, was Clairveaux with their 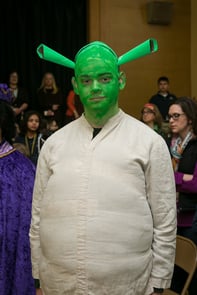 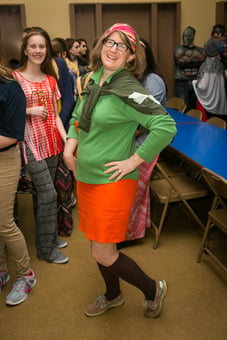 Disney characters, and Walt himself narrating the parade. Chesterton presented themselves as "Veritas as a Public School," with jocks, preps, nerds, goths, hippies and more. Euler House transformed into the entire cast of Shrek and enchanted us with a condensed version of the story, and St. Francis barged in as the Guardians of the Galaxy with fearsome and winsome superheroes.

The event wrapped up with a pancake and bacon breakfast (thanks to several of our 7th grade dads who helped serve as pancake flippers!).

It's endearing events like these that you don't see as often in the big public schools. And somehow tucked away in all the craziness is the love and truth of Christ and his sacrifice that we prepare ourselves to receive and understand this Lenten season. As our students bond over zany costumes and frenetic races, it is all done under the banner of the gospel message...which makes pancake day all the more sweeter and soul-satisfying!

Want to come experience some of our traditions first hand? Join us for a tour or upcoming Open House! 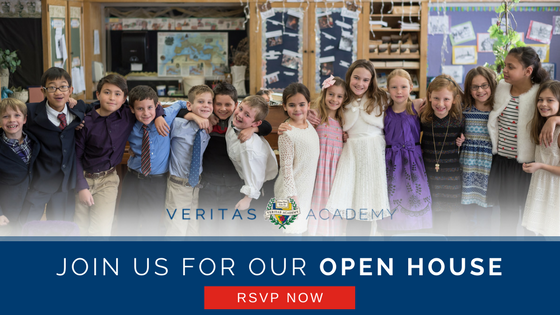 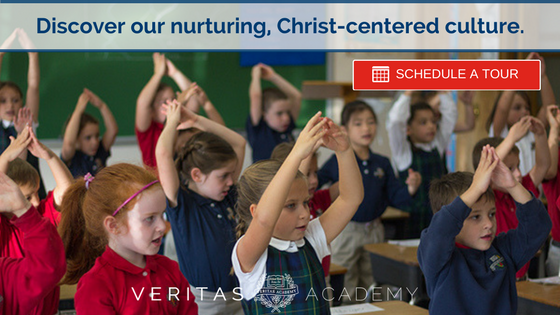 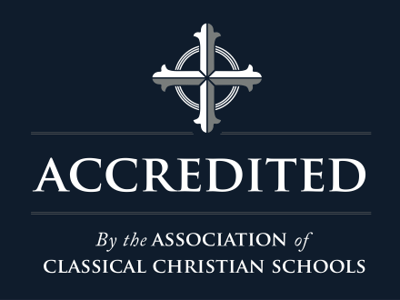 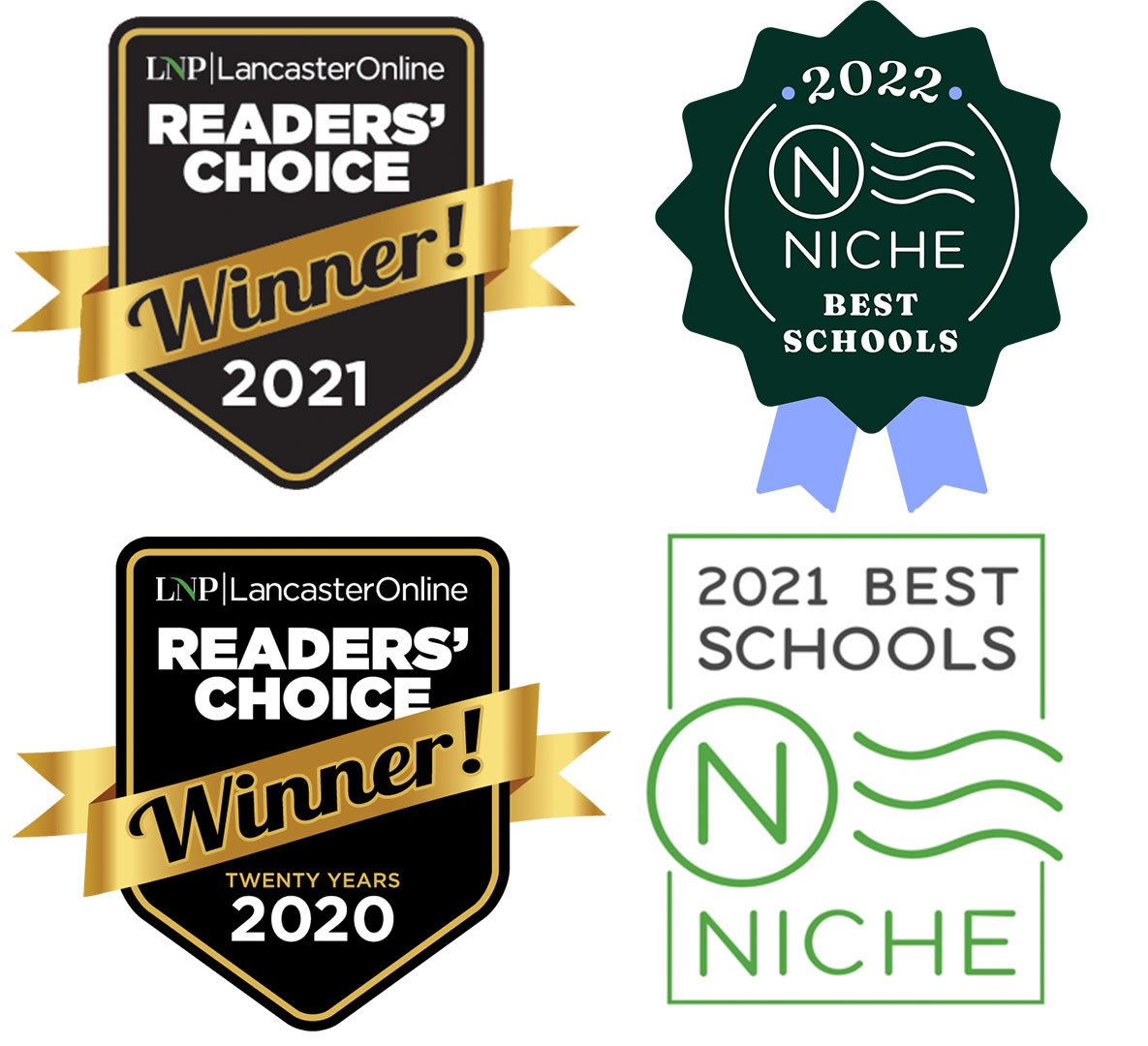